In London, Mike and I did a lot of walking. Our hotel was centrally located, and we try to do things on the cheap. But I think walking is the best way to get to know a place anyway. In our extensive walks, we got lost in the neighborhoods, laughed at out our inability to look the right way before crossing the street and discovered hidden mews and alleys. We were submerged in the details that show how the city moves–what makes it different from any other place. 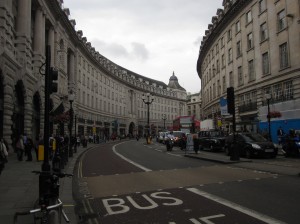 It's easy to get lost when the streets curve like this!

I, perhaps, got a bit carried away with the details. I enjoy taking pictures, so I always had our little Canon point-and-shoot at the ready. In my picture-taking frenzy, what emerged was a photo series of patterns that attracted me and appealed to my interest in design and aesthetics.

Beautiful detail in the fence around the Parliament buildings

Pattern is a complex idea. It’s about repetition–or at least consistency–of design or motif, of belief or behavior.

I'd feel very cool if I lived in one of these flats.

Visually, there is something pleasing about a pattern. I don’t know what the psychological reasoning is. We find comfort in predictability and constancy? We like to see things together, cohesive, the way we strive to be in relation to others? Or maybe it’s just that if there’s one pretty thing, it follows that more of that thing will be even prettier?

A common sight in England--many houses and condos have these conservatories on the back. Lovely.

Whatever the reason, we’ve liked patterns, apparently, for a long time. 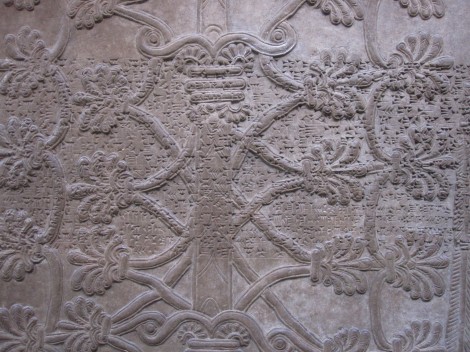 Cuneiform, itself visually pleasing, and a lovely feather motif on this Sumerian tablet in the British Museum

Nature loves a good pattern, too. 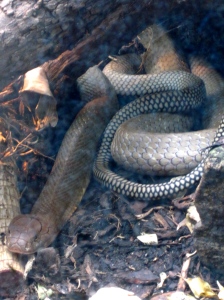 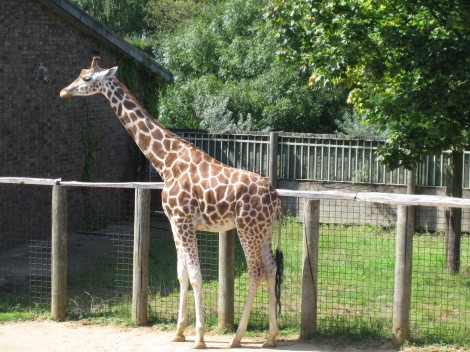 The search for a self-styled life is about evaluating the patterns in our life, reconstructing the familiar and creating something that reflects who we are and what we hope to accomplish. But let’s not read too much into my pattern study–I’m not that coordinated. I am quite certain I took these pictures purely because they made me happy!

We were lucky to miss London’s current upheaval, in which some young Londoners are breaking with social patterns. It’s not uncommon for patterns to become a restraint. Great ideas, revolutionary actions, often come from breaking with pattern. But that break must be constructive and motivated by a desire for improvement.

The images I see of the city now, just weeks after we were there, are unreal. I’m hopeful that the English will get it sorted and be better for it, after some serious, national introspection.

While I hope for that, I’m still relishing the memories of our visit!

13 responses to “Collecting Patterns in London”