At about 11:30 am on Thursday, I was shocked to see my inbox overflowing with emails from WordPress. “No way!” I thought. Freshly Pressed! I was jumping up and down and twirling at work! 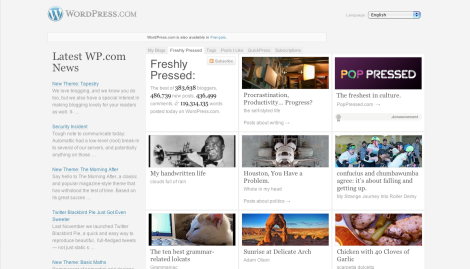 Woo Hoo! There I am, top row in the middle!

Thanks to WordPress, and especially a big thank you to everyone who read, liked, commented on and/or subscribed to my blog. I really, really appreciate all of the positive feedback!

Since the topic of procrastination really seem to strike a chord with many people, I thought it might be helpful to share some of the useful, creative and wise pointers I got. Sifting through the many comments, it was interesting to see people picking up on my ambivalence about procrastination. There were two main, broad categories of comments: praise for embracing the positive side of procrastination, and praise for trying and somewhat succeeding to overcome it.

pltprincess said: “Sometimes procrastination is not ‘putting things off’ but rather it’s a ‘waiting for inspiration’…”

Or as minlit so poetically stated, “It’s on the winding paths of procrastination that we daydream our way to good ideas. It’s like the brain’s way of compensating for the subtle shadow of guilt cast by the notion of ‘wasting time’.”

Thanks again for all of the fantastic comments, and for reading!

P.S.: Since so many people complimented my desk:

It’s Vika Gruvan / Vika Artur from where else but IKEA! I don’t think they still have the exact model but there are a number of similar variations. 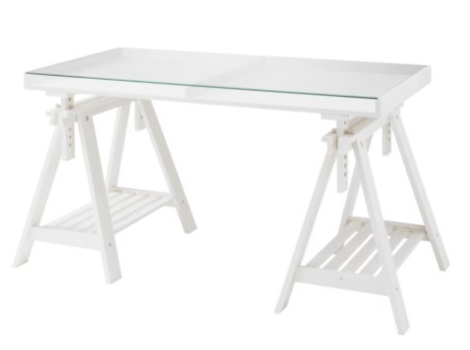 Also, my computer is a 6 year old PowerBook G4, but I’m hoping to upgrade to a shiny, new MacBook Pro soon!

© Jean Brown and theselfstyledlife.wordpress.com, 2020. Unauthorized use and/or duplication of this material without express and written permission from this blog’s author and/or owner is strictly prohibited. Excerpts and links may be used, provided that full and clear credit is given to Jean Brown and theselfstyledlife.wordpress.com with appropriate and specific direction to the original content. Unless otherwise specified, all images are property of Jean Brown. You may reuse images for non-commercial purposes by providing credit and a link back to the source.
Loading Comments...
%d bloggers like this: